With any sort of brain cancer, be it primary or secondary (metastatic), people will begin to suffer from certain symptoms of the disease.

But since the location of the cancer is in the brain, which is ultimately the epicenter of everything a body does and experiences, these symptoms will vary greatly depending on the part of the brain affected by these abnormal cells. Most symptoms will fall in basic categories that dictate sight, sound, speech, movement and behavior. 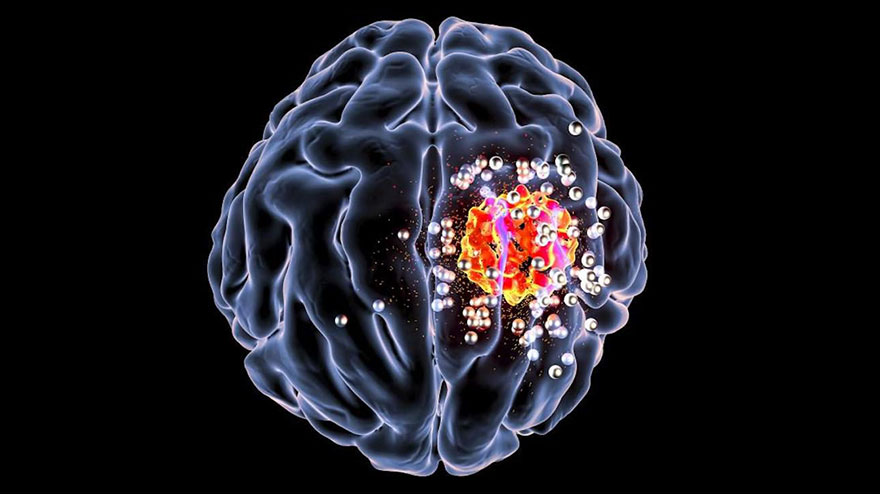 For some people, advanced brain cancer will cause visual disturbance. A disturbance in vision can manifest in different ways. As the cancer progresses within the area of the brain that controls a person’s sight, it could cause someone to suffer from blurring or doubling within his line of vision as well as a partial or total loss in his ability to see.

Like many symptoms of cancer, the severity of this particular disturbance may deteriorate as the condition worsens.

For other people, advanced brain cancer can cause a symptom best described as an auditory disturbance. With this sort of complication, people begin to suffer from a range of hearing loss symptoms, be them subtle or pronounced.

When the cancer originates or encroaches on this area of the brain, it can affect the way in which a person hears. And much like problems with sight, the amount of sound heard can become increasingly impaired as the cancer advances.

Brain cancer, from early to advanced stages, can cause a person to suffer from a disruption in his verbal capability. When this happens, someone may begin to slur or garble his words as well as lose his capacity to speak. It may also prompt some trouble forming words or even remembering the words he would want to say.

There is the potential that advanced brain cancer could cause a disturbance in a person’s behavior. This symptomatic change can really run the gamut, as a person may begin to experience a heightening to deadening in any characteristic that involves emotion and personality, therefore changing the way in which he would react to certain situations.

Something that wouldn’t normally cause a happy or sad outburst or emotion may now elicit one due to the cancer. It may also prompt someone to perform peculiar activities or behaviors, like pacing, tapping, drumming, twiddling or other repetitive motions.

Going hand in hand with behavioral disturbances, a person with advanced brain cancer can also begin to suffer cognitive disturbances. These would be similar to those changes in emotion, personality or behavior, but this time the cancer would affect the capacity of thought as well as memory.

Retaining or remembering events or people from the recent or distant past may become difficult. Simple instructions or common tasks may lead to confusion and uncertainty. Words may be stripped from the average vocabulary.

With gestural disturbances, a person may begin to undergo a decrease or loss in his capacity to move. This can come about in a variety of ways. For some, the brain cancer may disrupt the mechanical ability to move an arm, a leg or a combination of extremities.

For others, it will affect the feeling within the limbs, lessening a person’s sense of touch and motion. It may even cause a spatial disruption, altering depth perception or balance. If any of these disturbances were to occur, they would inevitably have an influence over the actual ability to walk, run, write and carry, as well as other activities that rely on motion.

Along with these more sensory disruptions, advanced brain cancer can also cause other distinct symptoms. For some, headaches, both in frequency and intensity, will become an ever-increasing problem.

For others, nausea and vomiting will become more and more of an issue. There is also the potential for seizures or an imbalance in hormones. The manifestation of symptoms depends on the location of the cancer as well as the person who has the cancer.

How to Increase 401k Savings