How to Celebrate the First Night of Hanukkah

The holiday of Hanukkah celebrates two events in the history of the Jews. The first is the astonishing military victory of a few poorly equipped Jews over a highly trained Syrian-Greek army. The second is the miracle of a small flask of oil that kept the Temple menorah lit for eight days instead of one. If you celebrate Hanukkah, let the first night set the tone for the remaining seven days of the holiday. 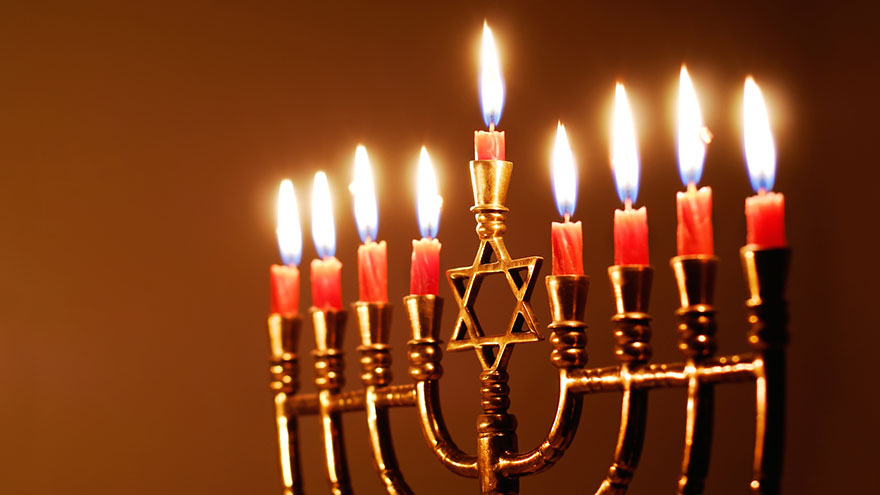 Candle-lighting should be a focal point. There is a concept of “publicizing the miracle,” so place your menorah where it can be seen publicly. Position one candle in te far right position. At nightfall, recite three blessings. The first two blessings refer to the “mitzvah” — commandment — to light the candles and the miracles God has consistently performed on behalf of the Jews.

The third blessing, which is omitted on the remaining nights of Hanukkah, acknowledges that God has continually sustained the Jewish people. After reciting the three blessings, use the “shamash” — helper candle — to light the candle representing the first night. Then recite “HaNerot HaLalu,” a short paragraph describing the significance of the Hanukkah lights.

Joy is a key component of the holiday, so aim for a relaxed atmosphere. Remind guests of the miracle of the oil by serving foods cooked in copious amounts of oil. Latkes, or potato pancakes, should take center stage, along with jelly-filled “sufganiyot” and “gelt,” or chocolate-filled coins. Dish it all up on kitschy Hanukkah-themed paper goods.

Organize a rousing game of “dreidel,” a children’s game played with a four-sided spinning top, followed by a group-sing that features such hymns as “Rock of Ages” and “Sevivon.” Retell or act out the Hanukkah story and then stage a quiz show. Aish.com suggests discussing a different hero in Jewish history every night of Hanukkah, beginning with the biblical Abraham on the first night. Abraham — the first person to actively share his knowledge of a single benevolent God with others — was the progenitor of the Jewish nation.

The Effect of Steady-State Exercise on the Body

Beyond the Blue and White Home

How to Play Hanukkah Party Games