The Effect of Federal Debt

In June 2020, the U.S. federal public debt was over 20 trillion dollars. The largest debt in the world, this figure expands every day.

As the budget deficit of the U.S. government increases, the U.S. will continue to sell Treasury bonds to private investors as well as to large countries such as China and India. 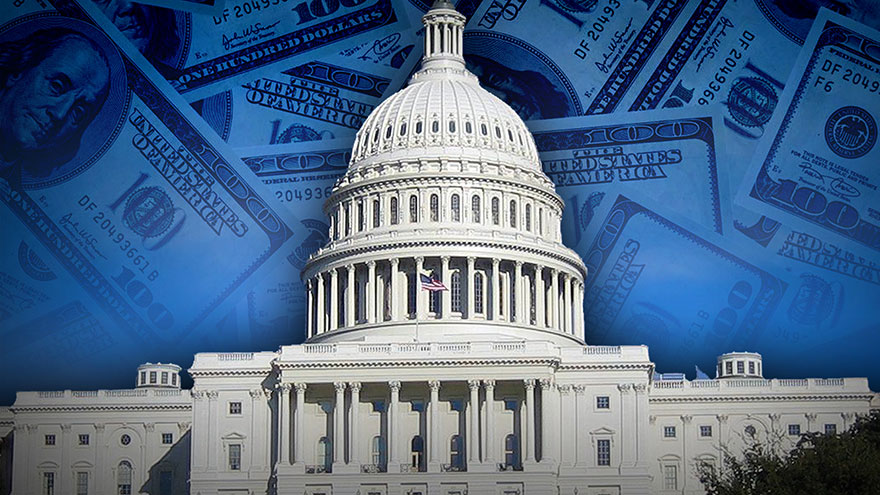 What exactly is the U.S. federal debt? To fund the many government programs and agencies at work in the U.S., the federal government must have revenue. Though the government earns some of that money, a great deal of additional funding is still needed.

Thus, the U.S. government issues bonds to citizens and countries. Bonds are basically a promise to pay back (with interest) invested money. According to the U.S. Department of the Treasury, the federal debt consists of the direct liabilities (bills, notes and bonds) of the U.S. government.

How has the United States government obtained such an enormous debt? Quite simply, the government has continually increased its spending without a corresponding rise in revenue.

Government programs such as Social Security, Medicare and the national defense are all expanding in size–and expanding their demand for more money.

There are some serious problems that come as a result of the federal debt. Citizens buy bonds, which makes them feel wealthier. This continues to increase the size of the federal debt, since the government is promising to pay back money it does not possess.

The Library of Economics relates that as wealth increases and people spend more, prices on products rise. Demand increases and inflation becomes a problem. Interest rates rise in order to combat the inflation, which ends up dampening investment in industry.

The Library of Economics states that during a recession, the federal government may actually encourage citizens to spend more money when they issue Treasury notes, bills or bonds. Citizens feel wealthier and do not worry as much about saving.

As consumers buy more products, the economy is boosted. In response, businesses may also increase their production in order to meet the demands of consumers. This can help to raise the economy out of recession.

MSN Money states when foreign countries lose interest in buying the increasing federal debt, the value of the dollar will continually sink. Interest rates will rise, and inflation will increase. Long-term investment in government bonds will become a risky decision.

It is difficult to predict the exact effects of the federal debt on individuals because a great deal depends on the economies of other countries, and their investment into the U.S. treasury.

How to Do the Double Hip Squeeze

How to Purchase Savings Bonds With a Credit Card