Ranked as the 135th breed in the American Kennel Club, the Australian Shepherd, also called the “Aussie”, originated from the United States although it has roots going back to France and Spain. After the World War II era, this bred boomed in popularity, putting on shows at horse shows and rodeos, showing off skill, agility, and intelligence. In fact, the Australian Shepherd became so popular, many dogs were scouted and then used in box office movies, and television shows. 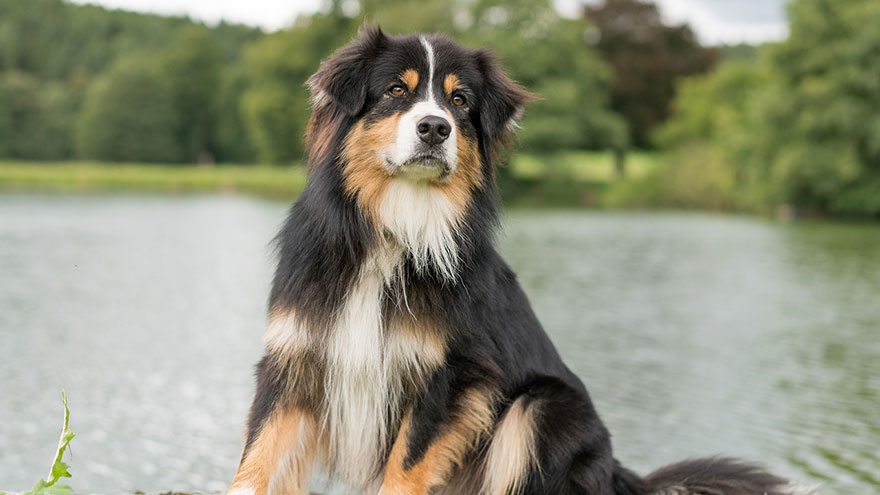 Health Problems in the Australian Shepherd

This breed of dog can make a great family pet if trained young but we also see the Aussie as a favorite for farmers and ranchers, especially those herding sheep, cattle, horses, etc. Generally great with children and other dogs, the Australian Shepherd makes a great consideration. Unfortunately, just as with all dog breeds, this dog has a few health risks that you should be aware of before buying. Keep in mind that this breed is overall a healthy choice but genetic diseases do occur.

Sometimes called Idiopathic or primary epilepsy, this canine disease is seen in both pure and mixed breeds. However, the Australian Shepherd is one of those breeds that are prone to inherited epilepsy, having higher incidences of attacks due to interbreeding to come up with this purebred. The problem is that unwanted genes are joined with experts not realizing this was the cause for quite some time. As you can imagine, having an Australian Shepherd with inherited epilepsy can be difficult for both owner and dog. What makes this such a hard disease to deal with is that the mode of inheritance is still a mystery. If you have any concerns whatsoever about your dog, talk to your veterinarian about testing and treatment options.

Commonly seen in larger breed dogs, hip dysplasia is a problem where the hip joint, or in the case of Elbow Dysplasia, becomes loose. The result is inflammation and pain. Sometimes, medication and natural supplements can help but other times, surgery or euthanasia may be the only solution.

Of all eye diseases, many breeds struggle with this common problem. While some cataracts are hereditary, not all are. Typically, having cataracts in both eyes is a slow progression. If your Australian Shepherd has cataracts, you may see symptoms as early as one year of age, or perhaps as late as eight years.

Australia Shepherds can develop a number of different autoimmune diseases. Most commonly seen are lupus, demodetic mange, and thyroiditis.

Other possible problems with an Aussie include Iris Coloboma, which is a defect of the eye in which a portion of the iris is mission, allergies, a common complaint, and cancer, which could be hereditary or not. Other possible health risks include retained testicles. Distichaisis, which are eyelashes that grow toward the eye, Patent Ductus Arteriosus, a potentially fatal heart defect, Osteochondritis Desicans, cartilage tears or breaks, and Patellar Luxation, which is a problem with the kneecap, affecting one or both rear legs.

Tory has been writing for over 10 years and has built a strong following of readers who enjoy his unique perspective and engaging writing style. When he's not busy crafting blog posts, Tory enjoys spending time with his friends and family, traveling, and trying out new hobbies.