A Shetland sheepdog —also known as a sheltie— is a smaller version of the rough-coated collie, a type of dog that may have originated in Scotland and the northern part of England, according to the American Kennel Club.

These types of dogs generally make good pets, as long as they are trained properly. They tend to thrive in environments where they have space to run, according to the American Kennel Club. 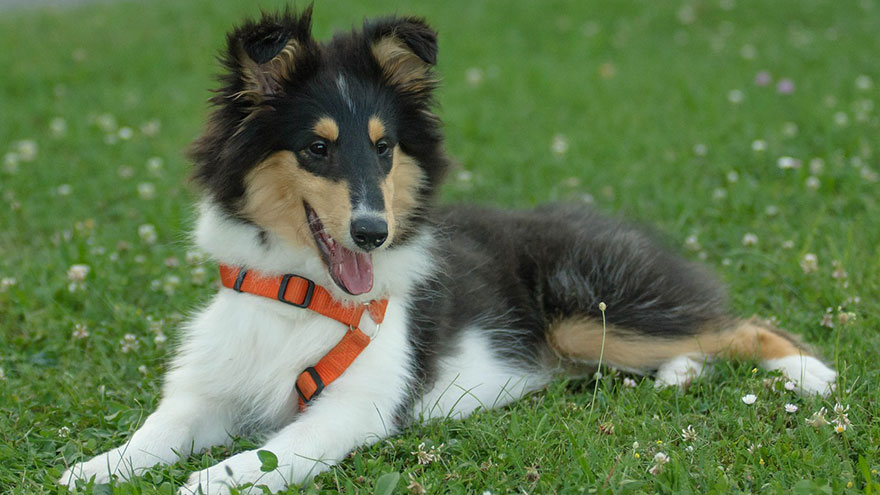 Shelties grow to be between 13 and 16 inches in height and between 14 and 27 pounds in weight, states the Dog Breed Info Center. The sheltie is distinguishable by its wedged-shaped face; double coat; almond-shaped eyes; flat skull; quick, easy gait; long hair; and sable, blue merle and black coat.

Shetland sheepdogs make good pets for families because they have a gentle, alert and intelligent personality. Their owners can expect them to be loyal guard dogs. They sometimes act nervous, stubborn or aggressive around certain people, especially strangers, according to the American Shetland Sheepdog Association.

A type of herding dog, the sheltie often displays the need to do work. Many Shetland sheepdogs try to herd people into one place. They often enjoy playing, especially with toys such as Frisbees, according to the Dog Owner’s Guide.

Shelties tend to develop better temperaments when they live with owners that act as strong pack leaders, teaching them how to behave from the time they are young, according to the Dog Breed Info Center. Start training your sheltie dog or puppy to follow basic commands as soon as you get it, states Perfect Paws. Brush your sheltie’s coat weekly to keep it from getting matted.

Shetland sheepdogs can have around two litters of between four and six puppies each year, according to Animal-World. If you plan to have puppies for yourself or others, wait until your dog is around 2 years old, so she can develop fully, according to Peteducation.com.

Shelties generally have a lifespan of between 12 and 15 years, according to the Dog Breed Info Center. Common problems that affect the Shetland sheepdog include collie eye anomaly, progressive retinal atrophy, heart disease, von Willebrand disease, deafness and epilepsy.

How to Tie a Sarong