When it comes to losing weight, both cycling and running are effective forms of cardiovascular exercise. Although they are different, both exercises engage your large muscles, strengthen your legs and increase your metabolism. It’s vital to consider your personal circumstances when choosing a weight loss exercise, such as injury. The effectiveness of burning calories with either cycling or running largely depends on the length of exercise and intensity. 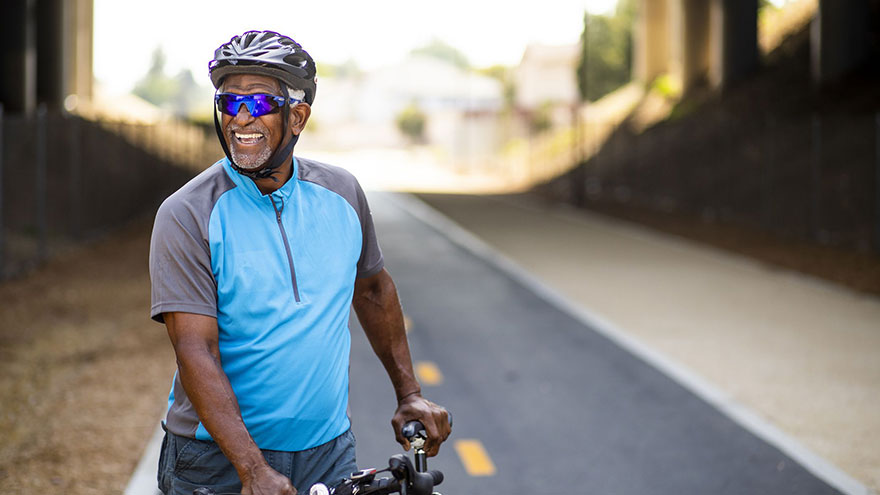 Running involves pumping your arms and extending your legs, which may lead to burning more calories than cycling. Running burns slight more calories than cycling at a vigorous pace. Comprehensive calculations by the American College of Sports Medicine found that a 150-pound person who runs 7 minutes per mile will lose about 1,000 calories, while the same person cycling at a rate of 16 to 19 mph will lose about 850 calories.

Getting Rid of Fat

Fatty acids are used as a source of energy during cardiovascular activity, which helps reduce your body-fat percentage. A study published in a 2010 issue of the “International Journal of Sport Nutrition and Exercise Metabolism” examined 10 male triathletes who performed cycling and running circuits to determine which has a higher rate of fat metabolism. The researchers found that running has a significantly higher rate of fat metabolism than cycling when the intensity levels are similar.

Although the studies indicate that running is more effective in burning calories, running is a high-impact workout while cycling is low impact. This means that the risk of injury is much greater in running than cycling. Stationary bikes put less stress on the joints and make it easier to exercise for an extended period of time. Therefore those who are injury prone, such as elder adults or those with knees and joint issues, may burn fat more effectively by cycling.

Make It About You

Your personal circumstance should be the deciding factor as to which exercise method is best for you. For instance, a person with shin splints may prefer to cycle because it puts less stress on the shins than running. You are more likely to train effectively if you enjoy the exercise. Also, you can alternate between cycling and running. The best way to lose weight is to focus on doing cardio exercises for at least 150 minutes per week at a moderate level.