How to Identify a German Shepherd Dog

Most people even slightly familiar with canines can recognize a German shepherd type of dog. The American Kennel Club refers to the breed, a member of its herding group, as “one of the most popular and recognizable” of purebred dogs.

In fact, the breed is second only to the Labrador retriever in the annual number of AKC registrations. Many dogs with some German shepherd ancestor resemble purebred versions. German shepherds also appear in more colors than the standard black and tan, so identifying the genuine article may be harder than it seems.

The German shepherd was developed in the late 19th century, with Captain Max von Stephanitz considered the founder of the breed. He sought a working dog with strength, smarts and good form.

Von Stephanitz’s motto for his breed was “utility and intelligence,” according to the German Shepherd Dog Club of America. The first German shepherd was shown in the United States in 1907.

Different breed lines emphasize a different type of German shepherd, and are geared toward either working or show dogs. 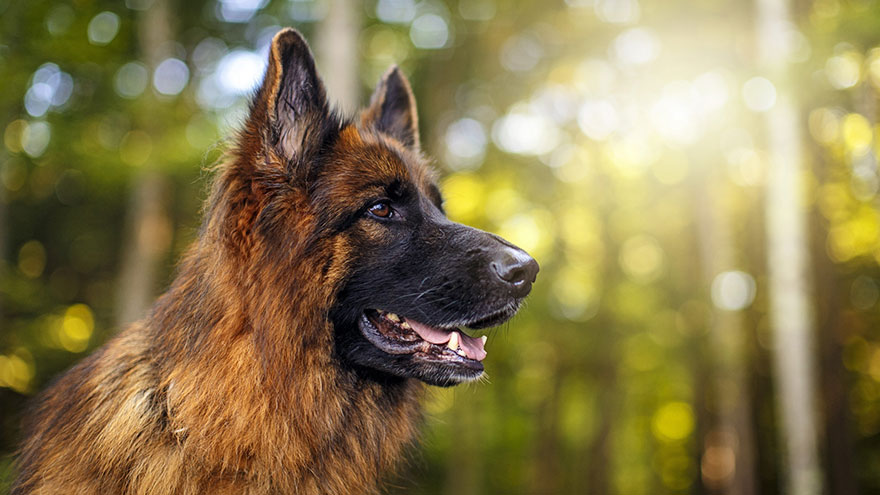 North American German shepherds from show lines tend to adhere closely to the American Kennel Club and Canadian Kennel Club standard, which are quite similar. The biggest difference between the North American and European lines is that the New World dogs are longer and taller, with much more hindquarter angulation and sloping of the back.

The West German show lines result in a very specific type, nearly always with a red with a black “saddle” on the back. The West German working lines are much like Von Stephanitz’s prototype German shepherd, with a firm body structure and temperamental drive.

Germans shepherds developed in the former East Germany after World War II have larger heads and bones and are typically darker than other shepherd types.

Czech working German shepherds were primarily bred for military purposes. Less refined in appearance than other lines, these are tough, working canines.

Tip
German shepherds from European lines must earn Schutzhund certificates or titles to have their offspring registered.

One breed closely resembling the German shepherd is the Belgian Malinois. There are some basic ways to tell the difference, although both breeds are about the same size. 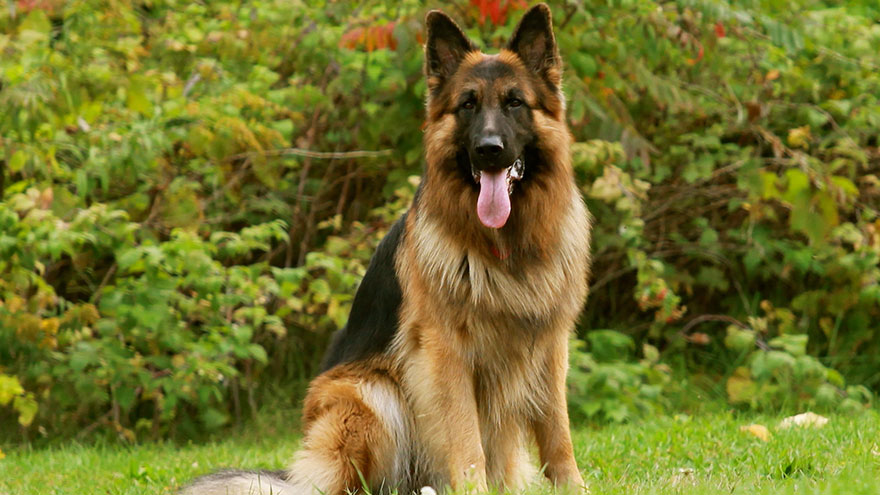 The AKC German shepherd breed standard calls for adult males to stand between 24 to 26 inches tall at the shoulder, with females slightly smaller at 22 to 24 inches. At maturity, these dogs weigh between 75 and 95 pounds.

The German shepherd boasts a noble head, with a strong, long muzzle and dark, almond-shaped eyes.

The dog carries his pointed ears erect, and the standard disqualifies any animal with hanging or drooping ears.

A purebred German shepherd’s withers — the point of the shoulder blades — are higher than the animal’s back.

The breed’s tail is long, low and bushy.

German shepherds are double-coated, with a dense topcoat. The standard permits virtually any color, with the exception of white for showing purposes. That doesn’t mean solid white German shepherds don’t exist, but that they can’t compete in AKC conformation classes. A separate breed association for white German shepherds was established in 1995, which is seeking to establish these canines as a specific breed.

The Belgian Malinois’ coat runs from fawn to a dark reddish brown, with a black face and ears. White toe tips and a small white spot on the chest are permitted, unlike the German shepherd. The Malinois raises his tail when moving, and it contains a slight curve.

King shepherds are also larger than German shepherds, and were crossed with flock guardian breeds. This results in either a smooth, shepherd-like coat, or a longer coat which makes the dog resemble a Belgian Tervuren.

If you don’t have your dog’s registration papers, a DNA test may reveal whether he’s a purebred. Your veterinarian can draw blood for a test or send a swabbed cheek sample.

There are plenty of canine DNA kits on the market, including many home versions. Ask your veterinarian which one she would recommend.

How to Register on Free Personal & Dating Sites