How to Identify a Pomeranian

If a tiny dog isn’t adorable, it’s probably not a Pomeranian. This toy breed, recognized by the American Kennel Club way back in 1888, is easily recognizable by his profuse fur and happy expression.

At maturity, the Pomeranian weighs between 3 to 7 pounds and stands between 8 and 12 inches high, but in his mind, he’s a big guy. With good care, expect your little friend to share your life for 15 years or more.

If the little Pomeranian reminds you of larger breeds such as the Keeshond or Samoyed — the spitz types — there’s a reason for that. He’s the smallest of the spitz breeds, and was originally bred down from bigger hairy canines in the Baltic Coast region of Pomerania.

No less a personage than Queen Victoria became enamored of the little dogs in the 19th century, ensuring their popularity.

Pomeranians sport two coats — a short undercoat, and a long, luxurious top coat. A ruff around his neck frames his fox-like head. He’s got feathering on the front legs, and the rear legs boast enough hair to form a “skirt.” His tail, held over the back, resembles a hairy plume.

The breed standard permits any color or pattern. The most common shades are cream or red. 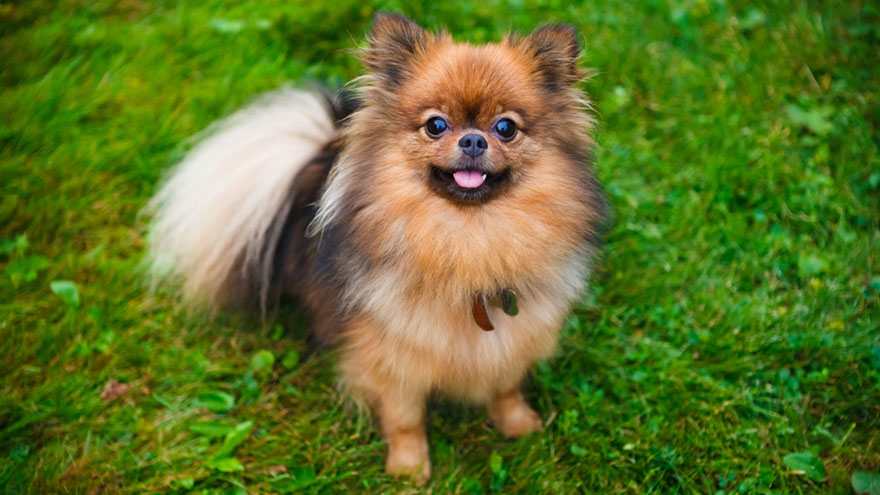 The AKC describes the Pomeranian as “lively, bold and inquisitive.” He’s a smart little guy who wants to please his person.

The Pomeranian embodies spunk. He’s an affectionate, outgoing little guy, who gets along with cats and most other canines — but he has the unfortunate tendency to become aggressive with some larger dogs. He makes a fine pet for apartment dwellers, as a few short daily walks usually suffice for exercise.

Tip
The Pomeranian makes a good watchdog for his size, but may tend to overdo the barking. Yes, he can be yappy.

Like all purebred dogs, Pomeranians are prone to certain genetic health issues. These include: 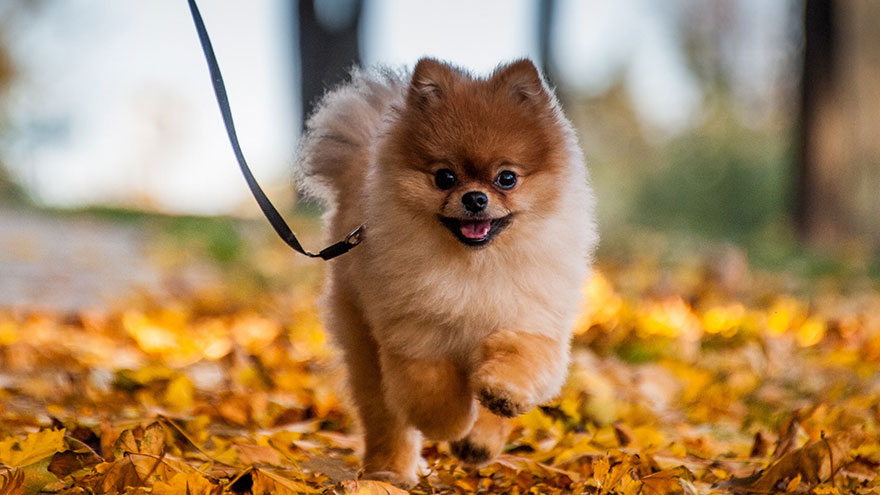 While the Pom’s thick coat is his crowning glory, some dogs suffer from coat loss, a condition known by various names, including:

Coat loss may occur after the animal loses his puppy coat, and no adult coat grows in. Other Poms lose their hair at a later age. These dogs are otherwise healthy, but bald over most of the body.

Warning
If a blue Pomeranian loses his coat, it may not result from alopecia X per se, but from color dilution alopecia, a genetic condition affecting dogs of blue hue.
how to identify dogpomeranian
0
Share

What Is the Recommended Percentage of Income to Put Into a 401k?

How to Talk to Girls on the Internet