Cross a Labrador retriever and a German shepherd, and you’ve got a friend who will probably share your life for the next 10 to 13 years. That’s the life span of both breeds, but it’s possible a mixed breed will live slightly longer because of hybrid vigor.

Both breeds are prone to certain genetic conditions that could shorten their life spans. Providing your dog with a high quality diet and keeping him current on vaccinations, heartworm preventive and parasite control can also extend his life. 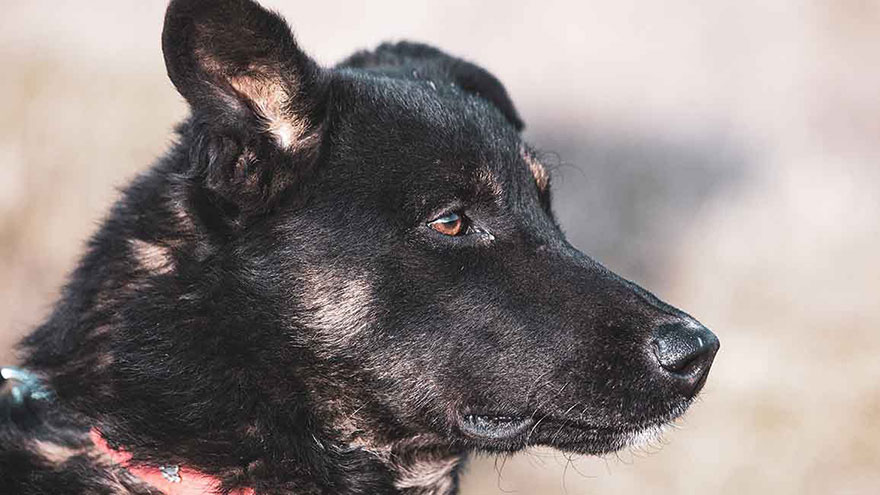 Your “Sheprador” or “Labrashepherd” — a blend of the top two breeds in popularity, as of time of publication — may strongly resemble either parent or really look like a combination of the two breeds. Both German shepherds and Labrador retrievers are relatively prepotent, meaning their offspring take after them.

Regular exercise helps keep a dog in good health, and your Lab/German shepherd mix is likely to be quite active. Both breeds are smart and thrive on training. Your dog should make a wonderful companion for long walks, or company while jogging or cycling.

Don’t forget the mental exercise, whether in the form of obedience class or other canine activities. Both breeds make good therapy or search-and-rescue dogs. While some dog activities — such as showing — don’t allow mixed breeds, sports like agility generally do. Your Lab/German shepherd mix should excel in open competitions.

Labrador retrievers are prone to hip dysplasia, or malformation of the hip joint. Seriously affected dogs require surgery to correct the disability. Elbow dysplasia, a similar problem affecting the elbow joint, also occurs in the breed. Another orthopedic issue, osteochondrosis dissecans, afflicts the shoulders and elbows.

Other diseases common in the breed include epilepsy, skin allergies and the heart condition tricuspid valve dysplasia. The latter may have little effect in some Labs, while causing the death of others.

How to Release the Power of Attorney