What Are the Top 10 Biggest Dog Breeds?

If you’re interested in a giant breed dog, understand that despite their intimidating carriages, most giant dogs tend to have sweet, easygoing personalities.

Due to their large size, giant breed dogs often come with giant-sized medical problems, which can mean shorter life expectancy. As well, most of these dogs prefer to stay inside with their human pack members. 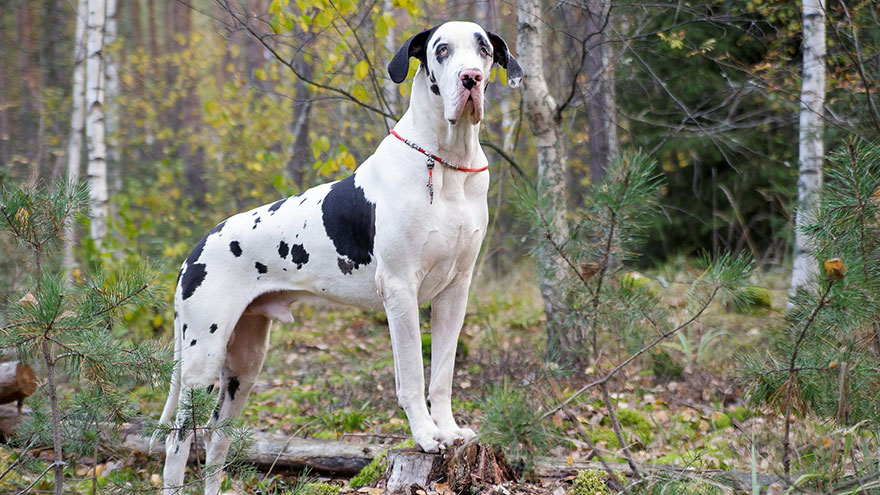 When it comes to size, the Great Dane stands shoulder-to-shoulder only with the Irish wolfhound. At 35 inches tall and weighing up to 180 pounds, this giant’s easygoing nature is seemingly at odds with his imposing appearance.

Originally used to hunt big game such as wild boar, today the Great Dane is a popular family dog. He has a number of health concerns, including gastric torsion, cardiomyopathy and canine hip dysplasia. A healthy Great Dane tends to have a life expectancy up to 8 years. 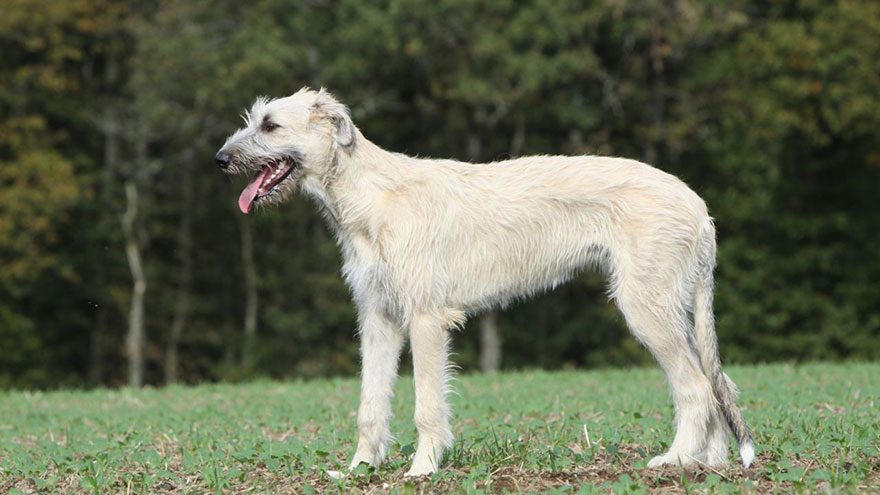 Given that the Great Dane’s roots are tied to the Irish wolfhound, it’s no surprise that he’s so similar to his canine cousin. Also standing around 35 inches tall and weighing up to 180 pounds, the Irish wolfhound is a calm, sensitive dog, despite his past work of fighting wild animals and hunting wolves and Irish elk.

His large size and potential health problems — hip dysplasia, gastric torsion, bone cancer and cardiomyopathy — give him a limited life span of 5 to 7 years. 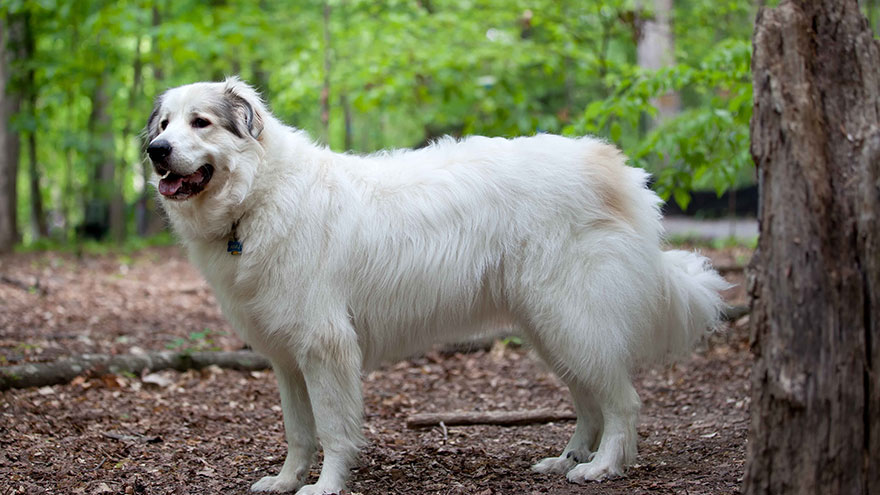 The Great Pyrenees stands up to 32 inches at the shoulder and hits the scales around 115 pounds. He’s wary of strangers, making him a good choice for a watch dog, who is devoted to his family. This fellow was bred to guard the flocks, so he needs a fenced yard as he tends to wander.

His major health concerns include hip dysplasia and patellar luxation. He lives on average to be 10 to 12 years old. 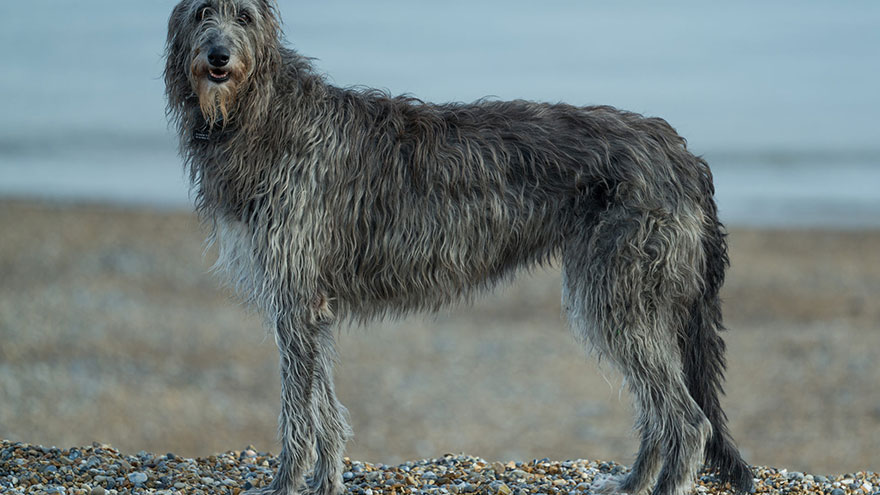 As his name implies, the Scottish deerhound was employed to run down deer centuries ago. Today he’d much prefer to be inside with his family, preferably relaxing on a soft bed to avoid the calluses he’s prone to developing.

This fellow reaches up to 32 inches at the shoulder and 110 pounds. The medical problems to watch for include gastric torsion and bone cancer. If all goes well, he can expect to live between 8 and 11 years. 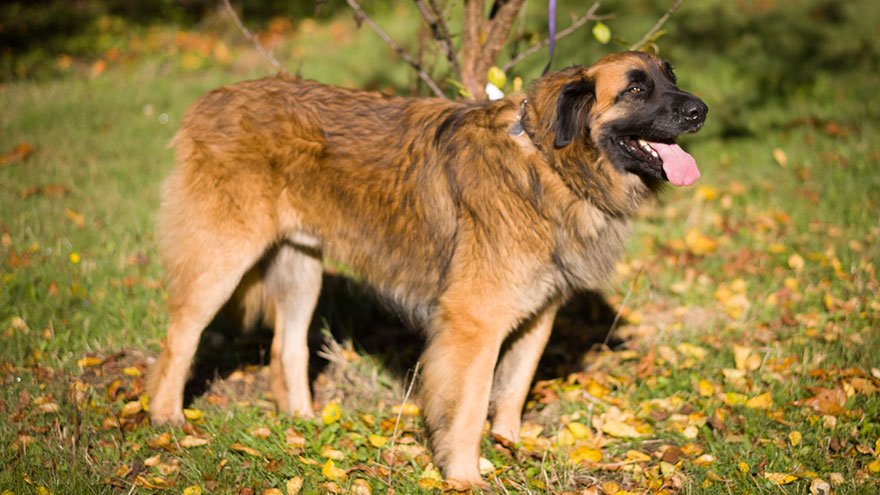 Given the Leonberger’s genetic roots — Saint Bernard, Pyrenean mountain dog and Landseer Newfoundland — it’s no wonder he’s so big. Standing up to 31.5 inches and weighing up to 170 pounds, the Leonberger was a popular family dog in the mid-19th century in Germany.

He’s a dog who loves company and doesn’t cope well when left unattended. With a life span of about 6 to 8 years, he’s vulnerable to a variety of health concerns, including the joint disease osteochondritis dissecans, hip dysplasia and a variety of eye conditions. 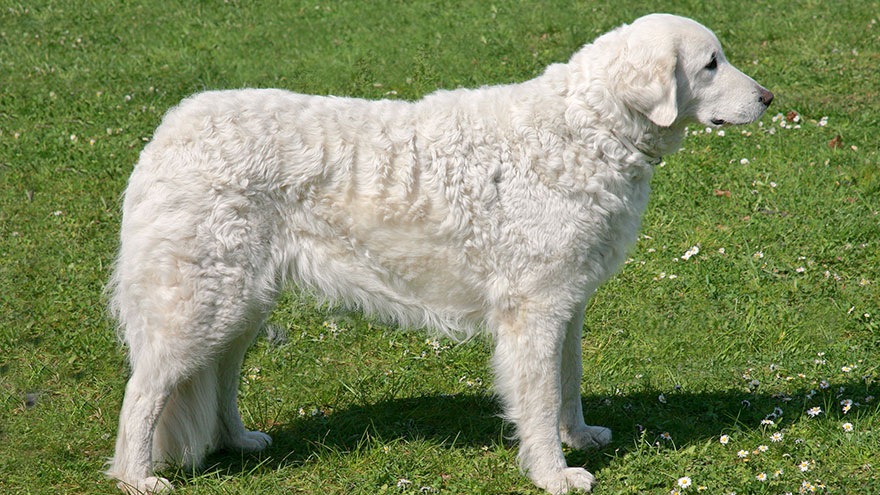 The kuvasz loves his family and will be fierce in its defense, much as his ancestors did centuries ago when he served as a hunting and guard dog.

Weighing up to 115 pounds and standing around 30 inches at the shoulder, his major health concerns are osteochondritis dissecans and hip dysplasia. He enjoys a life expectancy of between 9 and 12 years. 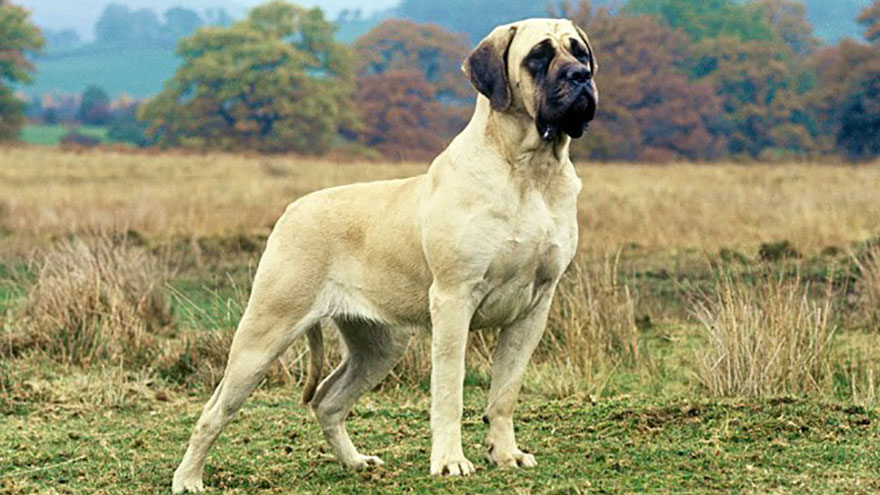 The mastiff presents an imposing presence, standing at 30 inches and weighing up to 190 pounds. Despite his large frame, he is a surprisingly gentle dog, making him a solid choice for the home with children. In his past, he was used for fighting and bull and bear baiting.

Gastric torsion and hip dysplasia are his primary health concerns, though obesity may be a problem, all contributing to a life expectancy between 8 and 10 years. 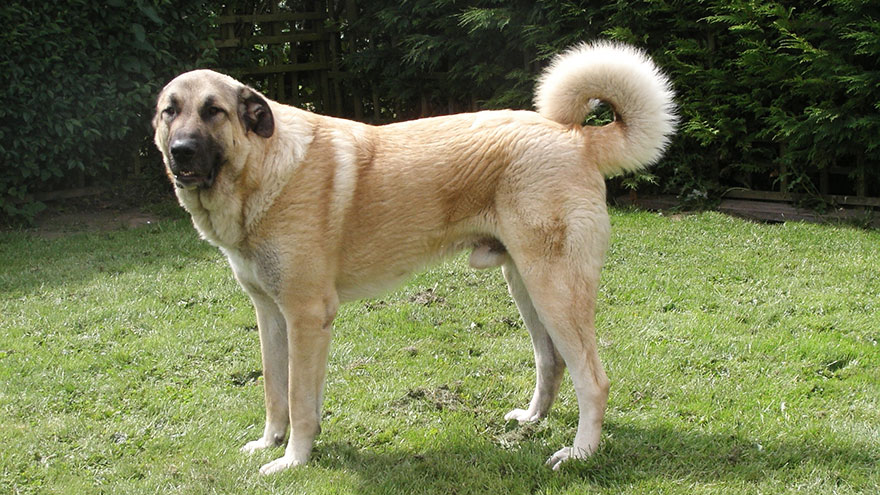 The Anatolian shepherd is an ancient breed, used as a war dog more than 4,000 years ago. Today, he maintains his serous nature when it comes to his family, whom he’s devoted to. His inner watch dog compels him to bark a lot if he feels his home is at risk.

This guy reaches 29 inches at the shoulder and weighs around 150 pounds. Hip dysplasia is his major health concern. He enjoys a fairly long life expectancy for a giant dog, between 10 and 13 years. 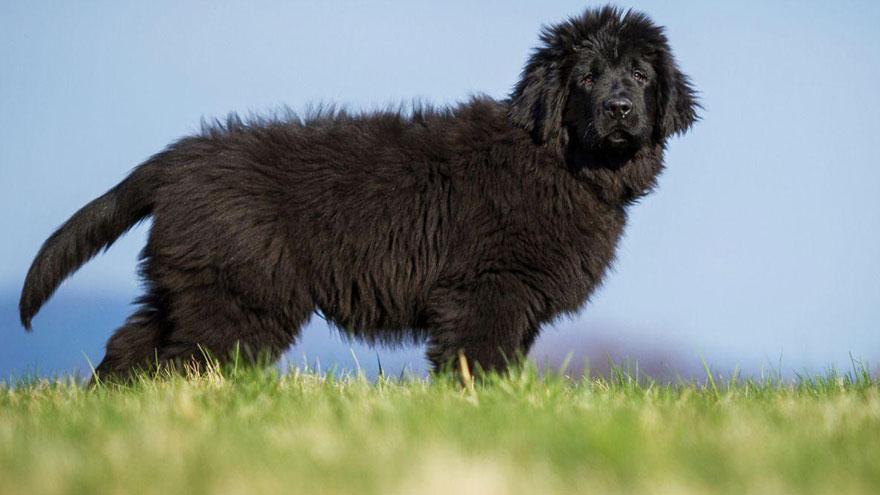 There’s disagreement about the Newfoundland’s ancestors, though it’s accepted he’s from the Newfoundland coast. He was a useful water dog, saving people and hauling nets from cold waters. Today he’s an eager-to-please dog who is patient, calm and amiable.

His life span tends to range between 8 and 10 years, with a variety of health concerns including pulmonic stenosis, gastric torsion and hip dysplasia. 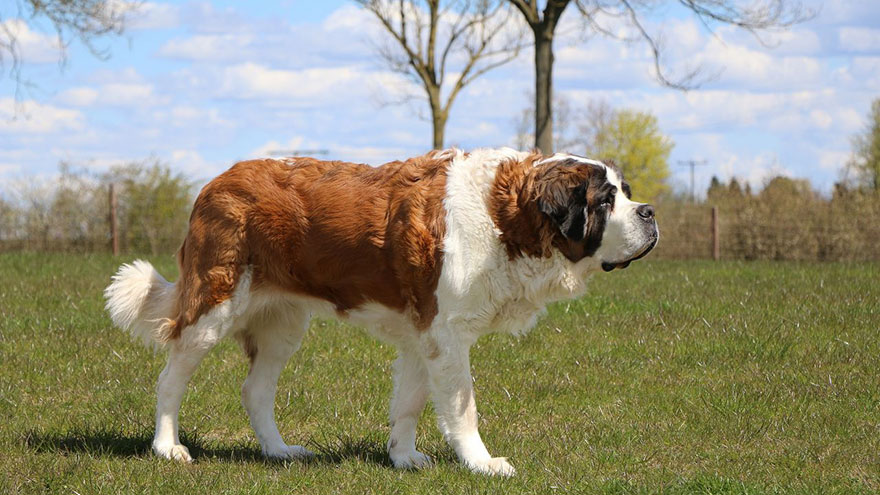 Though he stands a mere 27.5 inches, the Saint Bernard can weigh as much as 200 pounds, making for a formidable presence. This fellow was a true working dog, pulling carts and finding lost travelers. His family will appreciate his gentle nature.

His major health concerns include entropion, ectropion, hip dysplasia, gastric torsion and bone cancer, leading to a life expectancy of between 8 to 10 years.

How to Invest in Tax Free Municipal Bonds

How to Assign Power of Attorney