What Is an NIC Failure Message?

The Network Interface Card (NIC) holds the hardware that links a computer to a network through an Ethernet cable.

For those computers that do not support wireless networking, this is the only channel available to communicate with the Internet or other computers. When the NIC fails, all network communications stop. 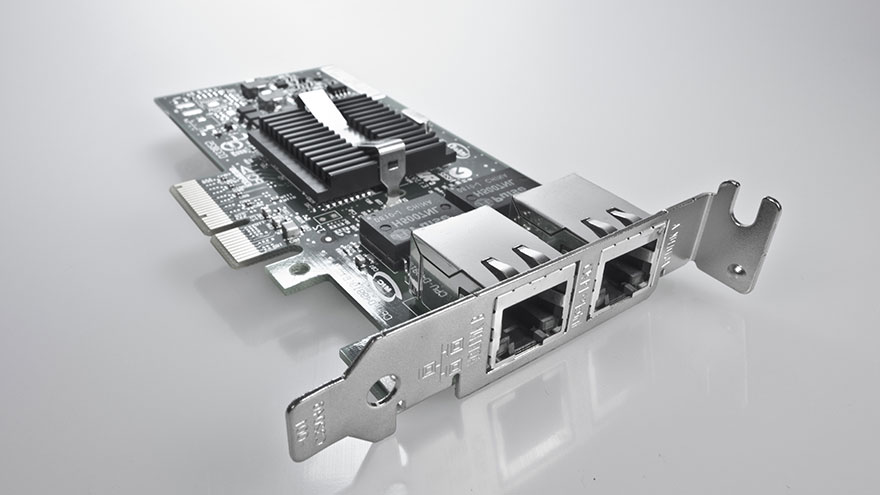 Desktop and server computers traditionally used a separate network interface card plugged into an expansion slot, but today, most network adapters reside on the main system board (motherboard).

Network interface failures are rare but, with reliance on the Internet, these failures cause serious problems. Fortunately, network adapter cards are relatively inexpensive ($15 to $50), and installing the card is a simple task.

Before running out to buy a new card, run a few tests to determine if the problem lies in the hardware or the Ethernet cable. Remove the Ethernet cable (it looks like an oversized telephone cord with a wide, flat connector) and run a loopback test. If this works, plug the cable back into the adapter and ping the router.

A loopback test sends messages through the network adapter, back to the computer. Open a command prompt. On Windows, click the Start menu, choose “All Programs,” “Accessories” then “Command Prompt.” On Linux or Mac, open a shell window.

A response will appear stating either that messages were received (success) or timeouts occurred (failure). If the ping command failed, this is a good indicator that the network card will need to be replaced.

If the loopback test succeeded, plug the Ethernet cable back into the adapter and type the following command:

The IP address 192.168.0.1 is the address of the router. If this fails, check the manual that came with the router to obtain the correct IP address. If the loopback test succeeded but the router ping test failed, there is a good chance that the Ethernet cable is bad and will need to be replaced.

A new network interface card can easily be inserted into an expansion slot inside the computer. Obtain a new interface card from one of the big-box electronics stores, then follow the instructions included with the adapter.

Power down the computer, open the case, remove the old card if it does not reside on the motherboard, then insert the new card. Put the case back together then power up the computer. Most operating systems will recognize the new card and configure it as the operating system loads. Any additional steps will be covered in the manufacturer’s instructions.

If the old adapter hardware was built into the motherboard, it may need to be disabled through configuration settings. In Windows, open the Control Panel, search for Device Manager, then find the old adapter in the list and delete it. In Linux, use linuxconfig or ipconfig to remove the old adapter.

What Is an FDC Failure?