Development of a Labrador Puppy

Labrador retrievers need plenty of exercise and are a great breed for an active family. The development of a Labrador retriever puppy spans until the dog reaches the maturing stage at 1 year. 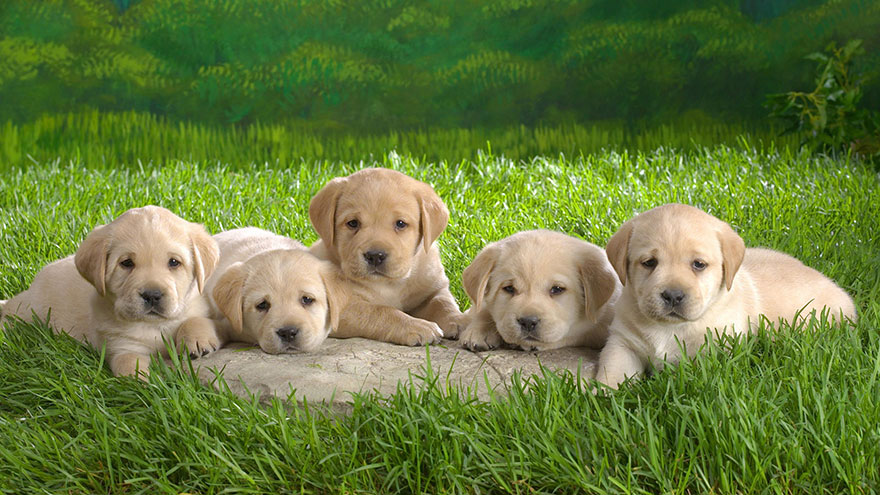 Labrador puppies need plenty of rest and time with their mother during this stage, which is during the first 8 weeks. For a newborn puppy, caring for the mother is the most important task since she feeds and cares for the puppies during this stage, Club Labrador recommends.

This stage spans from the age of 8 weeks until the puppy reaches 5 months. The puppy has a lot of energy and will chew almost anything since he is teething. At this stage it is important to begin training right away.

For many owners, adolescence can be the most trying stage since the puppy is still high energy and often tests the owner’s authority. This stage begins at 5 months of age and continues until the puppy hits 1 year of age. Maintain rules during this stage, because if you are lenient it will be more of a challenge to teach her later.

This stage of a Labrador retriever’s life spans from a year old until the dog reaches 5 years of age. The 8 Paws Up website compares this stage to a college student because the puppy will still have high energy but will be comfortable with his surroundings to enjoy the family.

In general, every puppy develops differently. Many dog owners report that after 2 years, the puppy will begin to act as an adult dog.

Timothy Davidson has been writing on a wide range of topics for over a decade. He is a versatile writer with a passion for exploring new ideas and sharing his insights with others. When he's not blogging, Timothy enjoys spending time with his family, traveling, and staying up-to-date with the latest news and trends.