The obvious difference between the male Labrador retriever and the female comes down to a chromosome — the boy has a y chromosome along with an x chromosome, and the girl has two x chromosomes.

The chromosome pairing drives a host of other differences between the male and female Lab, including size and a few personality traits. 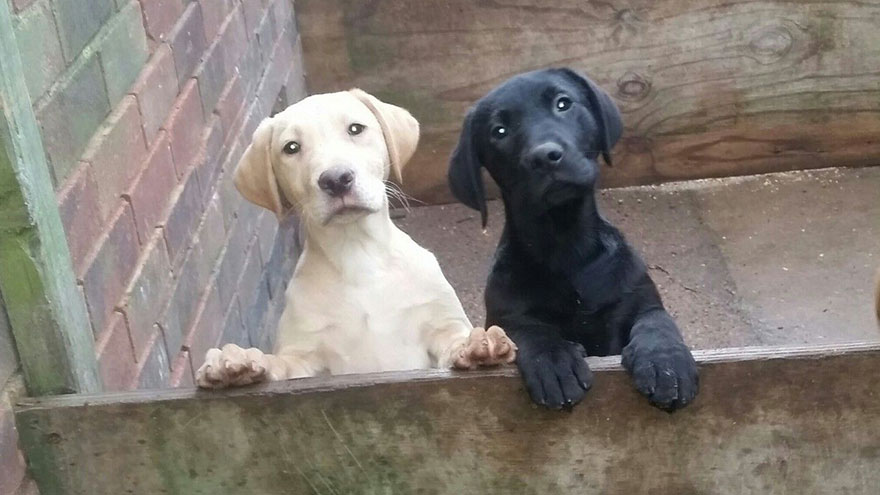 The clear-cut differences between male and female Labrador retrievers are size and equipment. The gentleman stands between 22.5 and 24.5 inches at the shoulder and weighs between 65 and 80 pounds.

The Labrador retriever is a popular dog because she — or he — tends to be obedient, loyal and easygoing. However, aficionados of the breed report some minor personality differences according to gender. The female Labrador is reportedly more independent and unpredictable than the male, and wants love and affection on her terms.

She is eager to please, but she expects to be pleased back. Often the female Lab wants to be a princess — or a queen — so it’s important to let her know she’s not the boss, otherwise she will subtly take control over the relationship, undermining your training efforts.

The male Labrador is considered to be more open with his affections and generally more outgoing. He can be more accepting of other pets and children, and some find him to be less challenging and more loyal than his female counterpart. A male may go through some growing pains when he is between 5 and 12 months old and attempts to assert his dominance over his people.

If a male challenges you, he’s apt to be upfront about his attentions, so there’s no guessing game about it. Be prepared to give a male Lab a little more grooming attention; his coat his coarser and thicker than the female’s coat.

Neutering to Even Things Out

Unless you plan to responsibly breed your Labrador, he or she should be neutered. Breeders report that unspayed females may disregard their training when they’re in heat and that false pregnancies can make a female behave erratically. Neutering the male Labrador can help him focus during training and cut down on undesirable behavior such as marking.

Hormones often influence any dog’s behavior; spaying and neutering will diminish their influence, minimizing the differences between the genders. As any experienced lover of Labrador retrievers will tell you, you can’t go wrong with this breed, whether you choose male or female, as long as you provide firm yet gentle training.

How to Calculate Bond Risk

Who Pays Estimated Taxes After a Person’s Death?