How to Create a Zumba Routine

People don’t want exercise to be dull, they want an experience that will keep them interested in working out. Several unique fitness trends have emerged over the years including tae bo and cardio strip tease. These high energy, out of the ordinary options have enjoyed great success among the masses.

Another action-packed alternative is Zumba, a work out that combines the moves of hip hop and Latin dance. Since its inception, Zumba has spread to more than 35 countries and has spawned over 20,000 instructors. The following steps will have you on your way to creating a Zumba routine.

6 Steps to Create a Zumba Routine 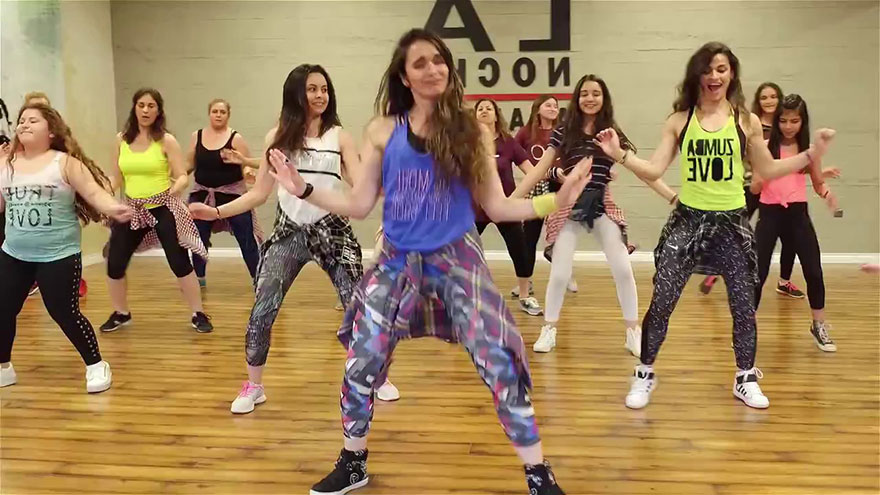 In order to create a routine, you need a song. Listen for music with a steady, easy to keep beat, preferably one with simple, two, four and eight beat counts that you can use to master the timing of your routine.

2. Build a catalog of steps for the routine.

Once you have selected a song, think of all of the possible steps you know of that would fit the vibe of the song.

3. Put the steps together.

Remember that the dance should be simple enough that even the least coordinated can pick it up. Get creative by combining different types of dance, adding circles and using the arms.

Many times a routine simply doesn’t look the same when performed as it does when you run through it in your head. After you have thought about the moves and found a song, get in front of a mirror and watch yourself run through the routine.

5. Make corrections based on your trial run.

Once the routine is complete and you have the steps memorized, try it out in class. Monitor responses, attitude toward the routine and ease of which students catch on and make changes accordingly.

How to Make Yourself Lighter

How to Protect Joints in Cardio Kickboxing