American food is a mish-mash of cuisines from all around the world, but there is at least one food that’s truly and uniquely American: Squash. The word “squash” comes from an American Indian word, “askutasquash.”

Among the people of the Nahahiganseck Sovereign Nation (who lived in what we now call Rhode Island and parts of Massachusetts and Connecticut), it literally meant “a green thing eaten raw.”

Today we know squash fruit is highly versatile; it can be eaten cooked or raw, grilled, sauteed, boiled, steamed, broiled, fried or baked. Squash is used as a substitute for pasta, or added to soups and stews. It even makes its way into traditional dishes like pumpkin pie and ratatouille.

And it’s not just the fruit that’s edible, either. The flowers and the leaves are tasty, and often added to soups or omelets.

There are over 100 different types of squash – enough to write a book on. But this article will focus on a few that are readily available in most grocery stores.

Despite the names, both types are generally available in grocery stores year round.

Summer squash comes in a handful of types. It’s always thinned skinned and generally has a higher water content than winter squash. Unlike winter squash, summer squash lasts only about a week in the refrigerator. Although most summer squash are available year round, they are at their peak in the late summer.

Winter squashes come in many varieties, but all have hard skins. Traditionally, they are usually harvested once cool weather sets in. They can be stored in a cool location throughout the winter. (Hence the name “winter squash.”) Although many winter squash are available year round, they are at usually at their peak in autumn.

When cooking, remember that any type of summer squash can be substituted for each another, and most types of winter squash can substitute for another another. 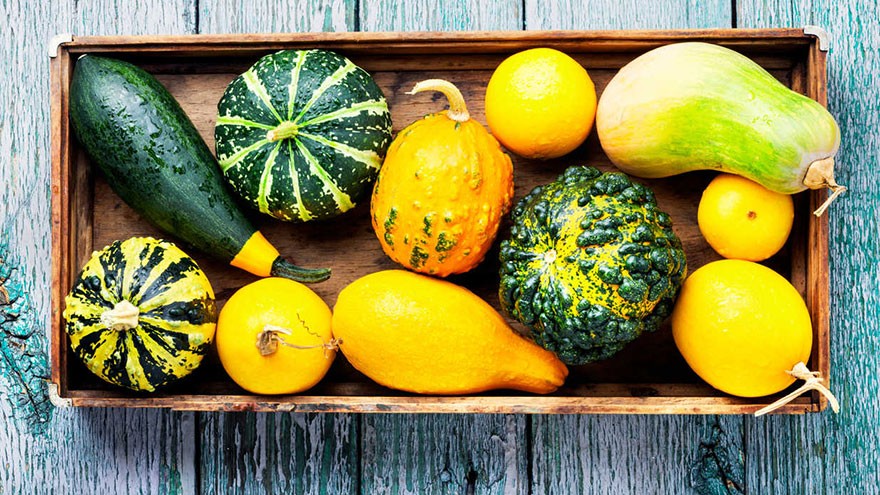 Crookneck squash looks a bit like a wingless, legless goose because of its “crookneck.”

Straightneck squash is vase-shaped. Both are usually yellow and may have bumpy or smooth skin. They have a slightly nutty flavor. 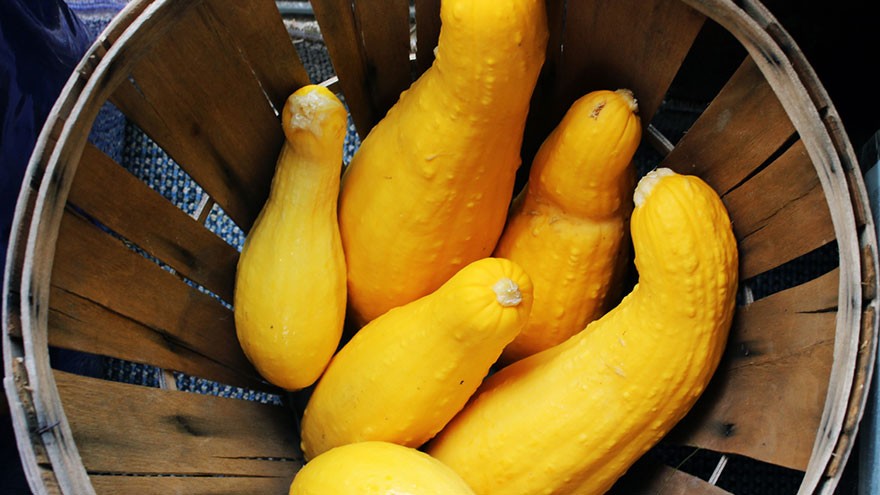 Perhaps the best known type of summer squash, zucchini is oblong and deep or medium green. It has a slightly sweet flavor and takes on the taste of other foods it’s cooked with. It’s often used as a replacement for pastas. 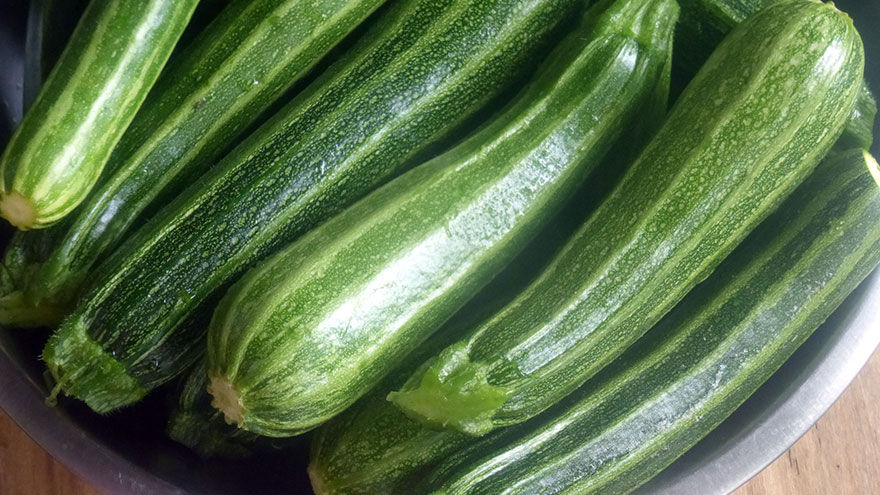 This small squash is shaped like a small (sometimes only 1 inch across) flattened ball with scallops along the edge. It’s juicy and yellow or pale green in color. 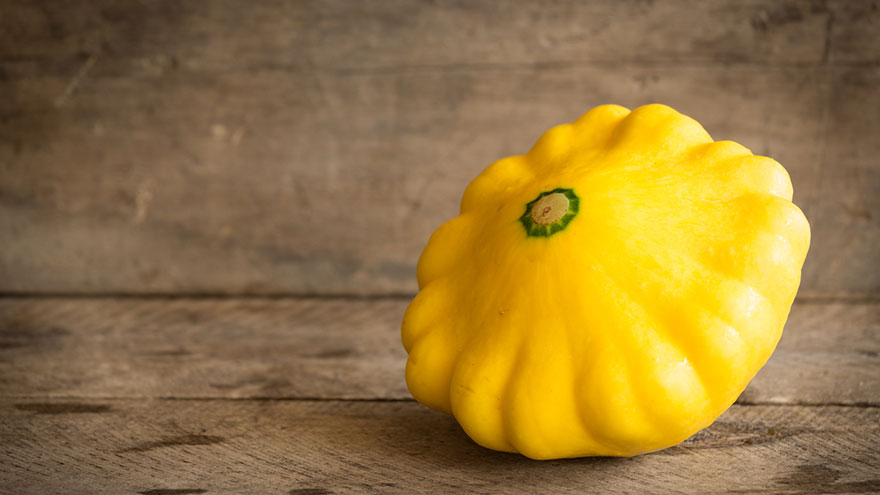 Shaped much like a large yellow or deep green acorn, acorn squash is sweet and especially suited to baking. 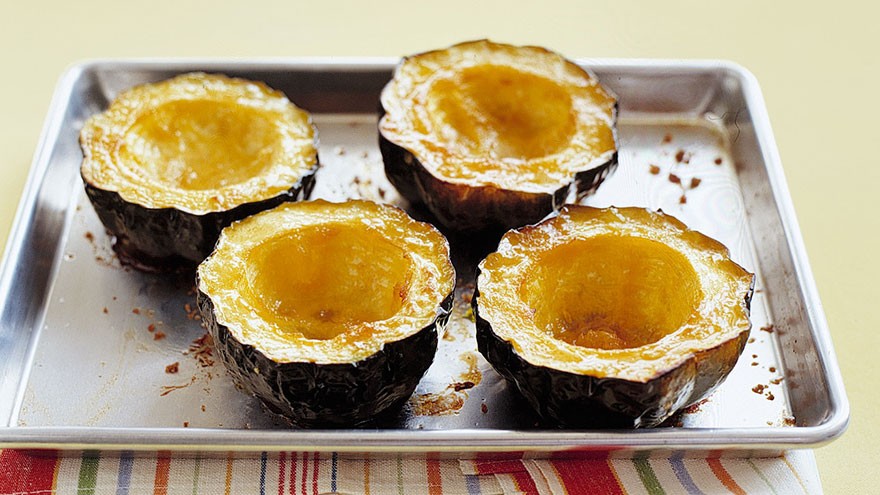 Looking like a small, orange pumpkin, ambercup squash is sweet and somewhat dry. Try serving it like sweet potatoes. 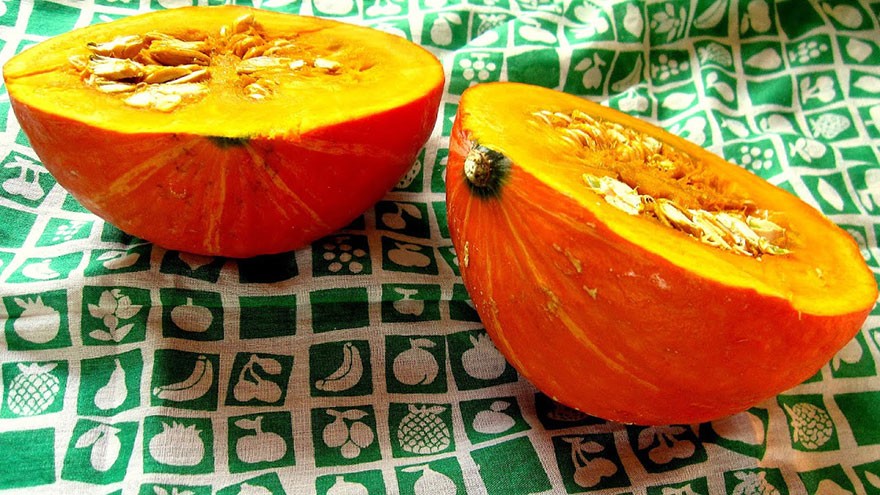 A dark green fruit that’s about 6 inches around and has a rich, sweet, dry flavor. The meat isn’t stringy, like many other types of winter squash. 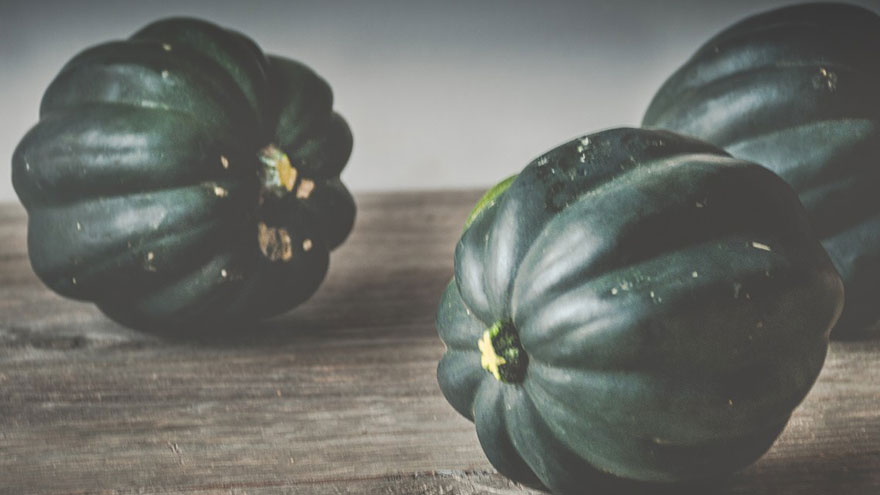 The shape of this squash reminds one of a very large banana. Its flesh it orange and sweet. 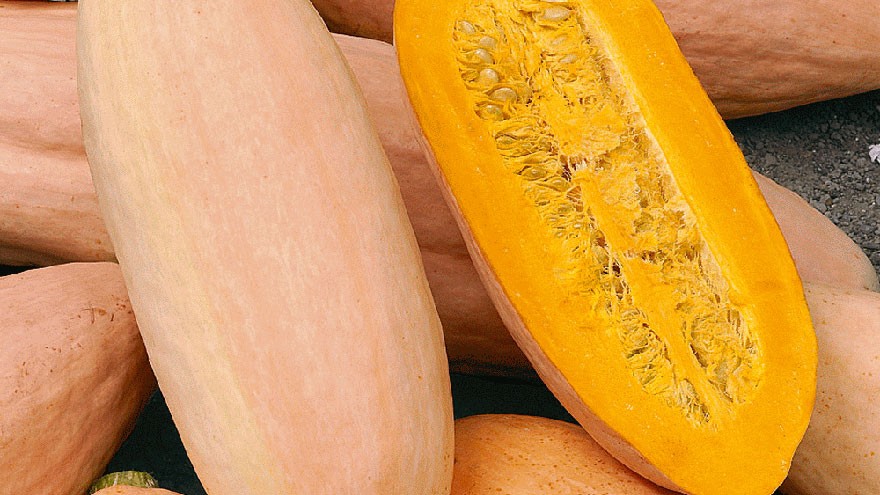 This bell shaped, tan squash is more watery than many varieties and tastes somewhat like sweet potatoes. Some people even think it tastes a bit like butterscotch.

The more orange the skin, the sweeter and drier the meat is. Butternut squash is often added to soups. 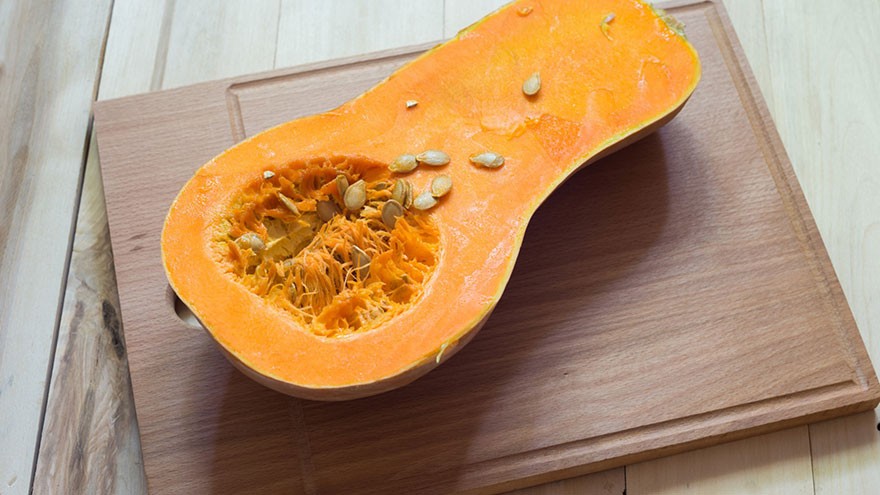 This cream-colored squash with orange or green spots and deep green stripes requires peeling. The yellow meat is reminiscent of butternut squash. 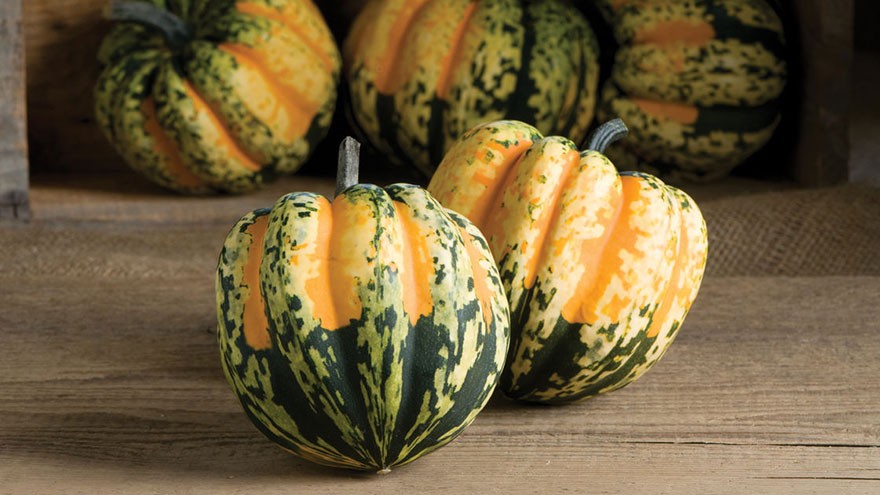 Ornamental and tasty, this squash has unique, crescent-shape sections in an orangy, cheese color. It’s tender and sweet and often used for baking. 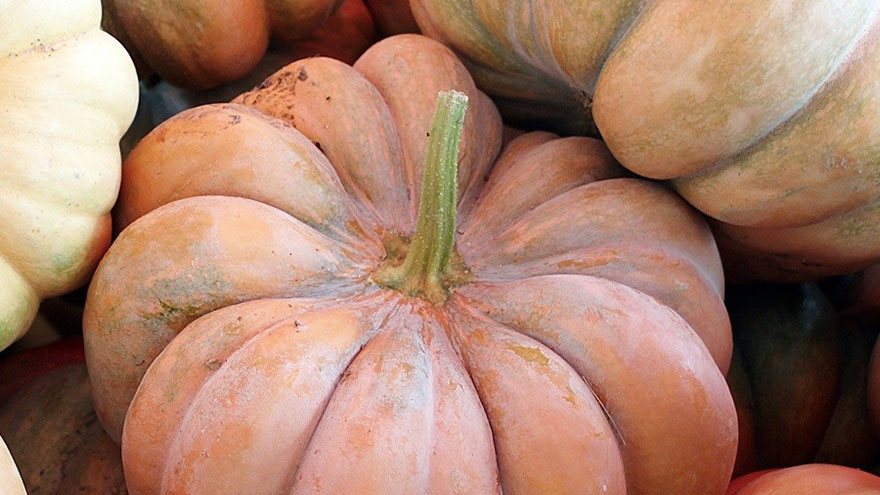 This squash is shaped like a small, yellow watermelon and has a slightly nutty flavor. The more yellow the skin, the more ripe it is, and the larger the it is, the more flavor it has.

When baked, the meat separates into strands that look like and are often used as a substitute for spaghetti. 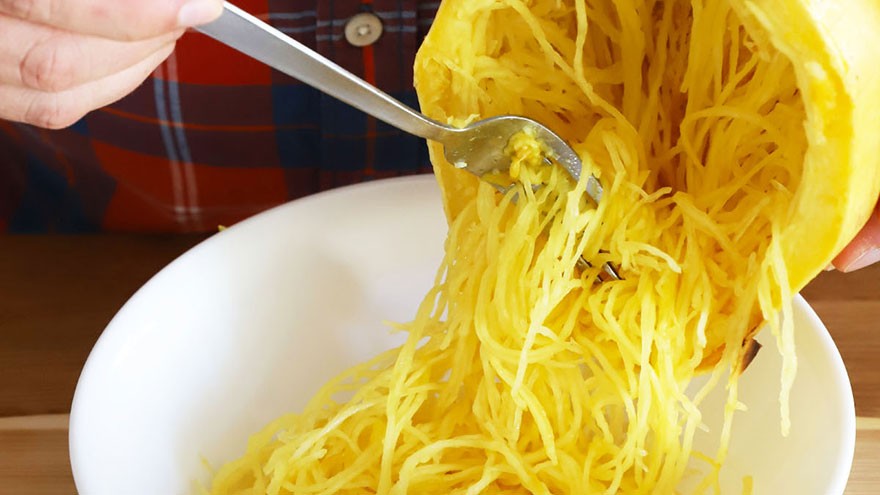 Shaped like an orange, green and white turban, this squash has a hazelnut-like flavor. It can be used as a substitute for sugar pumpkins. 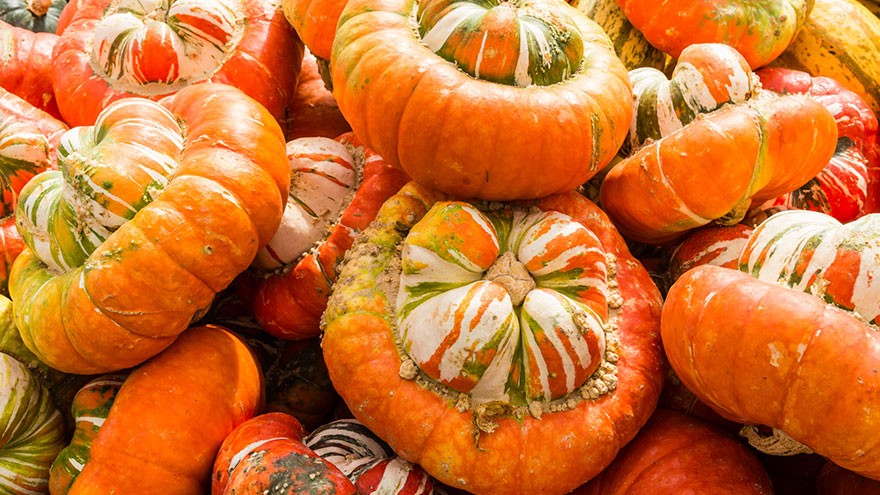 A Guide To Buying And Cooking Tomatoes

What Are the Advantages of Canning Food?