China’s enormity is more than just dirt deep. The massive expanse of land that comprises China’s uniquely various landscape is shot through with plenty of subterranean space: Dozens of major caves dig under every province, as well as many thousands of smaller ones.

Adventurers who are not claustrophobic can tour a few of the former without special tools — except, of course, a steely resolve. A handful of these provide more thrill than they do crowds, making them a suitable choice for a traveler who’s interested in a more challenging, off-the-beaten-track adventure. 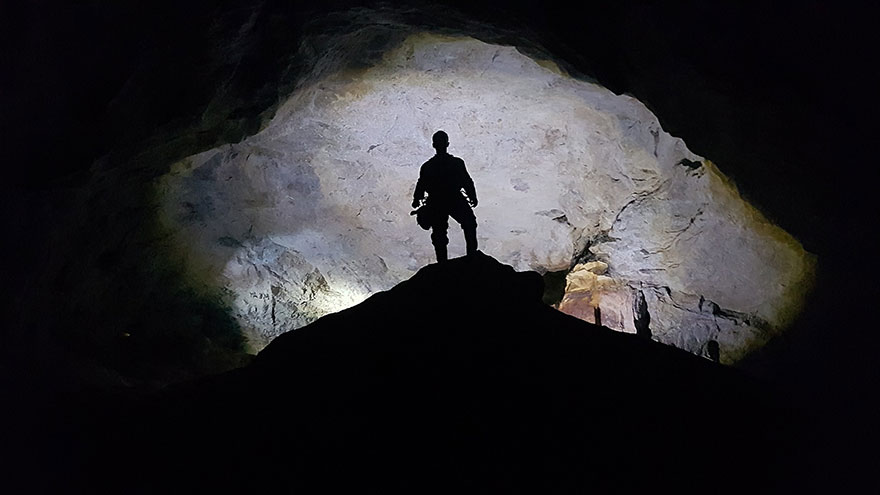 In Hubei’s Lichuan City, the Qingjiang River pours from one of the mouths of the enormous Tenglong Cave — also known as the Soaring Dragon Cave, one of the largest caves in the world. Visitors spelunk in open-top vehicles so they can easily see the massive cavern’s system of waterfalls.

Wear your warmest clothes to visit the 3,000,000-year-old cave in the Shanxi Province. It’s more than half a mile long and frozen even in the summertime. Bedecked in frosty stalactites, columns of twinkling ice and frozen waterfalls, the cave is divided into five slippery levels, strung together with ice stairs.

Visitors enter the Double Dragon Cave of the Zhejiang province by lying flat in a boat. After that awkward entree, explorers sit up to view the cave’s hundreds of Taoist inscriptions, some dating back 1,700 years. After perusing the cavern’s namesake twin chambers, the boat proceeds through the cave to pop out, like magic, into a pristine mountain lake.

Many a spelunking expedition has unfolded in the massive tunnels at Shuang. Currently listed as the longest cave in the country — and the 20th longest on the planet — Guizhou’s Shuang River Cave reaches more than 62 miles underground. Explorers access the cave from any of its 30 entrances and enjoy an abundance of waterfalls and subterranean aquatic wildlife.

For those not satisfied by “spelunking lite” for the tourist crowd, hook up with Hong Meigui, an international society of spelunkers and geologists dedicated to the exploration of China’s caves.

Founded in 2001, the society has, over the course of its relatively short history, logged more than 1,000 cave entrances and mapped almost 200 miles of underground passages. While there are no official guides, experienced spelunkers find likeminded local adventurers among its hundred or so members.

How to Heal After a Cesarean