In the early 1900s, diseases such as tuberculosis raged across the country. Sanatoriums were built in an effort to provide treatment to victims of the disease as well as to separate them from the rest of the population.

Waverly Hills sanatorium opened in 1911 in Louisville, Kentucky, and has since had a long and interesting history. 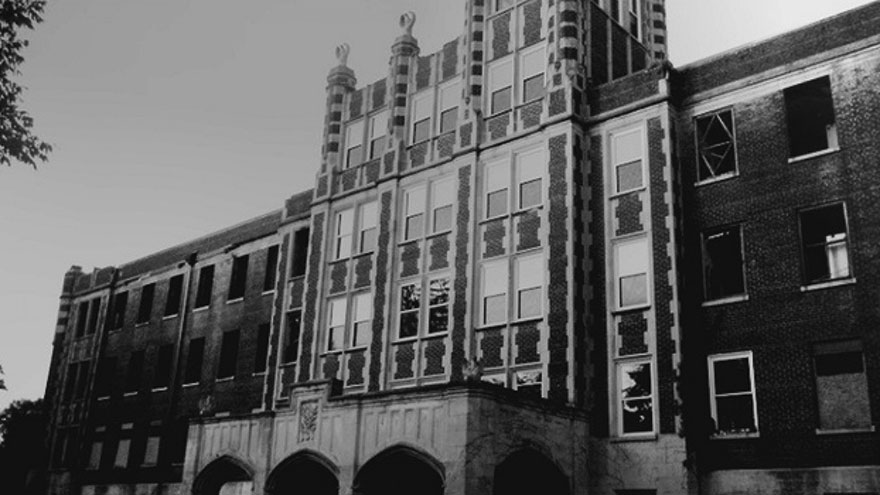 The Waverly Hills sanatorium was built to meet the needs of the growing number of tuberculosis patients in the Louisville area as the city hospital was not equipped to handle the disease or the number of victims.

A two-story wooden structure was built with 40 beds, and expansion in 1912 added another 50. With a children’s wing added in 1916 (another 40 beds) the total capacity reached around 130 patients. Construction on the modern 5-story building began in 1924 with the goal to hold around 400.

The impressive sanatorium remained at full capacity since it opened in 1926 until the overall decline in tuberculosis around 1943 and the facility closed in 1961. The Waverly Hills sanatorium operated as a geriatric hospital from 1962 to 1981 and has been closed since then.

The sanatorium is an impressive structure with five stories and rests imposingly on a steep hill. One of the more interesting features of the property is the tunnel, which was completed in 1926. The tunnel starts at the bottom of the hill and emerges within the building.

It was built to move equipment and supplies easily into the building, and features both concrete steps as well as a motorized rail/cable system. The tunnel was also used as a discreet method to bring the bodies of victims from the sanatorium to the main road for proper disposal.

The Waverly Hills sanatorium housed lots of suffering and death, and has therefore emerged as a hot spot for paranormal investigators.

Recently, it has been named as one of the most haunted places in America and several paranormal television shows, such as “Most Haunted,” “Ghost Hunters” and “Scariest Places on Earth” have conducted investigations there. Witnesses have observed everything from full body apparitions to moving objects to EVP recordings.

The current owners, Charlie and Tina Mattingly, hold both historical and haunted tours throughout the year, and business is especially good around Halloween. Their goal is to turn the building into a hotel.

There are many tragic and moving legends surrounding the Waverly Hills sanatorium. One story centers around the “Body Chute” and claims that there were so many deaths at the sanatorium that bodies were simply tossed down the chute until they could be disposed of.

In truth, the access tunnel was used to transport bodies for disposal discreetly in order to keep up morale for patients. Another legend centers on the supposed jumping suicide of a nurse from the window of room 502.

Another similar story revolves around a pregnant nurse who killed herself after a botched abortion. Still another ghostly legend features a ghost boy named Timmy, supposedly one of the many children who died at the sanatorium.

Paranormal enthusiasts like to pass around the legend that more than 63,000 people died at Waverly Hills sanatorium, but research shows that the death toll was closer to 7,000.

How to Tour Haunted Waverly Hills Sanitarium in Louisville Kentucky

How to Go to the Toilet While Camping